What is the future of self-service retailing?

"You only find out who is swimming naked when the tide goes out."

Buffett’s famous saying is being confirmed in self-service convenience store. 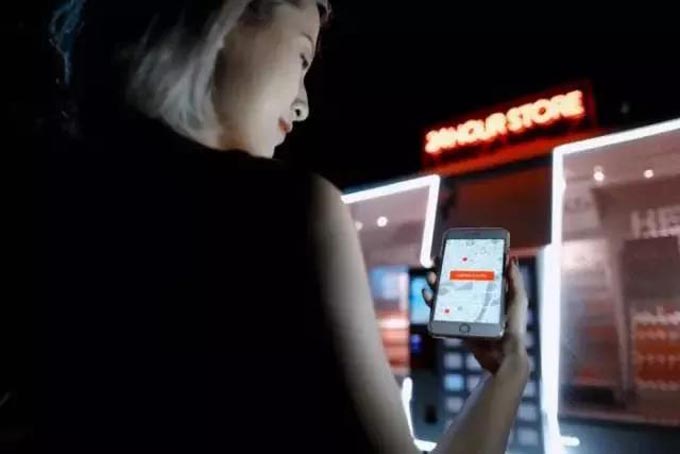 Today, no one talks about self-service convenience store anymore.

That means it’s time to learn the lessons of the "￥4 billion money-burning"war.

In July 2017, Taobao’s first self-service convenience store opened, and since then there has been a wave of self-service retailing.

Including Jingdong and Suning, countless physical retailers and Internet entrepreneurship teams have been involved in this outlet. Players and capital, like crucian carp crossing the river, poured into the track one after another. According to iResearch consulting data:

The new outlet of self-service retail has attracted more than 4 billion yuan in total investment in the whole year, and beyond the limelight of shared bicycles.

02   All things are this way, comes and goes may also unknowingly.

No one expected that after the autumn wind, only chicken feathers could be seen.

The first batch of Ficus Boxes self-service convenience stores in Shanghai were closed in September 2017, because they unable to stand the high temperature.

After entering 2018, it has revealed some negative news such as layoffs, executive turnover and performance failure. Another convenience store, which was regarded as a black horse in the self-service convenience industry in its early days, closed more than 160 stores in Beijing on July 31, 2018.

The company declared that it had basically gone bankrupt due to a monthly loss of 5 million yuan, a continuous loss and a lack of hematopoietic capacity. Self-service shelves, once favored by capital, have fallen like dominoes.

At the beginning of 2018, "GOGO"announced that it had stopped operation, which was the first self-service shelves enterprise to close down in China.

Since then, Xingbianli have facilitated the reduction of 60% of BD personnel.

In the same month, Guoxiaomei’s financing was stranded and  wages could not be paid.

When the winter comes, self-service retails was quickly frozen.

As we said above

Within a year, 138 self-service retail companies were involved in the tuyere.

Most small and medium-sized start-ups flock into the market and jump down.

Finally, it was found that Ali and Tencent had just tried, but they were too deep to jump out.

Take Ali’s first self-service supermarket as an example. It’s just a Pop-up Store that has been in existence for four days at Taobao Creation Festival. It’s either an in-house store in the park or a Pop-up Store. The two giants have been very conservative in their exploration of self-service shops.

The vast majority of entrepreneurs who do not know the truth foolishly follow suit.

The reason why self-service convenience stores have become flat after a short period of novelty is largely because they are just concept stores, which do not bring better shopping experience, nor can they change customers’consumption habits.

In the end, it is not surprising that self-service convenience stores become a science and technology experimental field.

However, the vending machine industry has been growing rapidly in the domestic market. After years of development, risks are known and controllable.

It can also continuously optimize commodities through big data to enhance customer stickiness.

It has strong adaptability, can operate independently, and can be combined with self-service merchant supermarket.

The vending machine has the advantages of high flexibility and low cost .

It is a very convenient channel for occupying the market quickly, and it is a great advantage for the entrant merchants. It is the trend that self-service retails will be popular in the future.

With the increasing popularity of self-service retails opportunities, more and more traditional retail models will be replaced.

That’s why more and more giants are joining the vending machine industry.

Everyone will rush to do the right and promising things. Prev : Vending machines can not only sell goods, but also warm people’s hearts

Next : SAY NO? Open a snack bar in school?